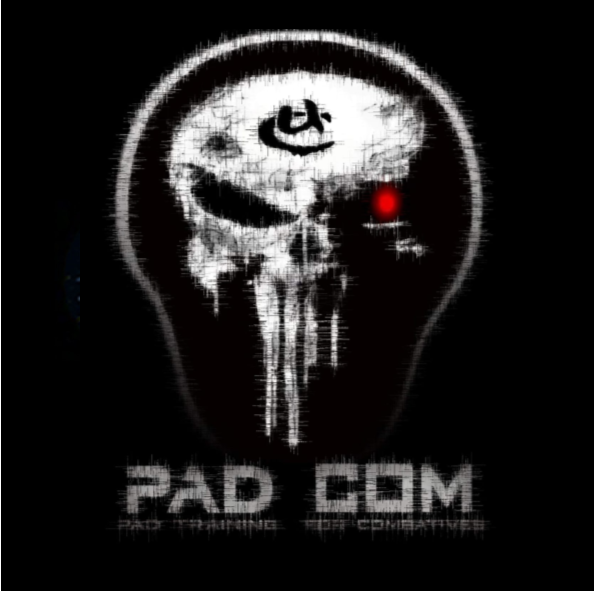 There are 3 perspectives from which to learn PADCOM!

1. The Student will learn to transition between hitting the pads and man-handling the pad feeder, into a position from where he/she can continue to dominate the fight!

2. From the feeder’s perspective who will cultivate the ability to take the student to a new level of Combative efficiency!

3. From a Coaching perspective, who now has the ability to do both of these things, well!

Once understood from the perspectives of Pad-Feeder (PF) as it will be referred to from here on in & the person working on the Pads, the Combatives Trainee (CT) you will find that PAD-COM is a revolutionary new way to train your Combative Hard Skills, efficiently & seamlessly, with absolutely no holding back!

Previously, the Pad work employed within Combatives was considered relatively static! Employed only for TOOL DEVELOPMENT purposes. The next progression would be to move into scripted SIMULATION training.

Moving finally to more spontaneous SCENARIO training, where the outcome is totally unknown to the trainee, subject/s will be totally non-compliant and here spontaneity will take the rains!

Quite often I found the jump for the newbie, from static pad work to simulation and onward, to be too big a step for the average trainee. PAD-COM is designed to ‘Bridge’ this gap and does so very well!

There are no reviews yet.

Be the first to review “PAD-COM” Cancel reply

This site uses Akismet to reduce spam. Learn how your comment data is processed.