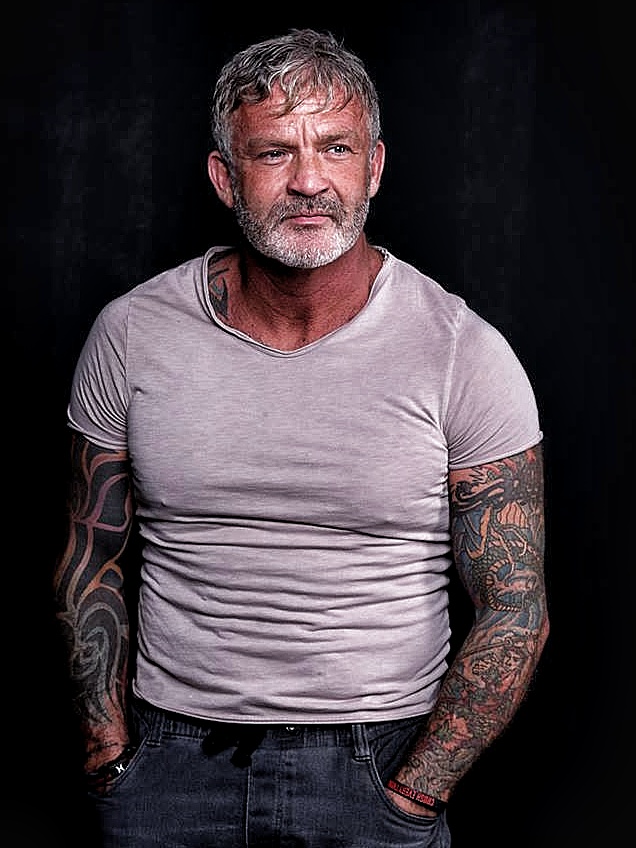 I started training in martial arts at the age of 11, some 37 years ago now. Like most students at that time, I started with traditional Japanese karate with Wado-ryu, then Shotokan, and finally Kyokushinkai. During this period, I also did some judo and aikido before moving on to study a wide variety of martial methods, both Eastern and Western, including Chinese, Thai, Indonesian, Filipino, western boxing, wrestling, grappling, and close-quarter combatives.

I come from South East London and left home and school when I was 13 years old. I was pretty much a street urchin growing up; I learned to live on my wits, had some unsavoury gang-related involvement, and generally rubbed shoulders with the bad element, if you like. My interest in training and martial arts never ceased, but unbeknown to me at the time, my real education for understanding violence and predatory behaviour happened on the street!

At the age of 21, I immersed myself into the world of strength training and eventually became a competitive Olympic weightlifter. This allowed me to gain some significant strength and size, as well as a fair degree of competitive success at amateur level. It was around this time that I started my term on the door as a pub/nightclub doorman. I continued this for the next 14 years, working at venues all over the South of England, including London, Portsmouth, and Southampton, where I live.

This chapter of my life, combined with my early upbringing and leaving home and school at an early age; becoming in effect a street kid; and being involved in gangs, which led to my fair share of pub brawls and street fights; meant I had already gained an insight into predatory behaviour and street violence. What the door term provided me with was, in effect, a training laboratory that accelerated my learning curve, regarding what worked and what didn’t in live violence confrontation.

Here, I learned a lot about pre-threat cue behaviour, as well as many other human behavioural elements, communication skills, and my reiteration of the importance of pre-emptive action where possible. I’d work from Thursday through to Sunday night in some nice places and at some less than savoury venues. Often, it wasn’t a case of “will it kick off tonight?”, but more like “how many times and where first?” Both the street and the door taught me a lot about myself and about just how I responded under pressure. I also feel that it allowed me to sort the wheat from the chaff regarding the physical skills that I had studied up to this point. There was a drastic need to chip away and whittle down everything I had learned to a simple, proactive strategy that has worked for me on numerous occasions during a time, I may add, where comebacks were feasible and there was a need to sometimes play outside of the rules!

During the early 90s I started to train in more reality-based methods of combat with the likes of Geoff Thompson and Peter Consterdine from the British Combat Association (BCA). Geoff was considered at the time as the modern grandfather of reality-based self-defence (RBSD) with his revolutionary ideas and concepts, including the introduction of the fence, his controversial “Animal Days” and the content of one of his most famous books “Fear the Friend of Exceptional People”. Geoff tested his wares on the hard nightclub doors of Coventry, at a time when it was considered one of the most violent Cities in Britain. I’m proud to say that Geoff was like a mentor to me and we remain friends till this day. Geoff, Peter and Jamie O’Keeffe amongst others, were pivotal figures for bringing the importance of reality-based training and the need to adapt and taper the martial arts for them to stand any chance of working for you in a real situation.

It was around this time I met my first Western Combatives instructor, the late great Peter Robins. Peter Robins was one of the founders of CODA, Combative Oriental and Defendu Arts, the only British representatives for Fairbairn’s Defendu system. W.E. Fairbairn (1885-1960) was a military close quarter-combat instructor of World War II Fairbairn and his noted collaborator E.A. Sykes (1883- 1945) developed their system of Defendu, which evolved from practical experience, a system of fighting born out of methods that got real results. These methods were later adapted and taught to British Commandos and Home guard during World War II and went on to become a major influence in the hand-to-hand combat training to forces the world over. Pete Robins was an Historian who had studied the methods of our WW2 Close Combat Forefathers. Coming from a hard style Karate back ground, Pete was a well-rounded martial artist, a Student and Historian of Close Combat, a great teacher and a true Gentleman who taught me a lot about many aspects of life!

Another influence from Combatives comes from Dennis Martin, Combative Instructor, Defensive Tactics Specialist and Chief Instructor of his CQB services. I had started reading Den’s articles in Fighting Arts magazine relating to realism in training when I was a teenager and now I am particularly proud to have been one of his First-Generation Instructors and one of only a handful of certified combative instructors in his CQB services at that time. Den was a warrior and aveteran Doorman, great martial artist and a great teacher. It was Den that also set me on the path to NLP a modern learning technology that allowed you to,among many other things, Model Excellence and install Skill-Sets in a significantly shorter amount of time. NLP and methods of Neural Based Learning has improved by ability as a teacher and is employed in many ways during my classes. It was indeed these 2 men that set me on the path to what we now know

From there I travelled worldwide to train with many great people. One of them being Charles Nelson, one of the last links to World War II close combat. Ex USMC seeing action in the Pacific against the Japanese, Charlie was a true warrior. He went onto teach his method of Self Defence for 50 years in NYC. I was fortunate enough to have met and trained with Charlie on his 88th birthday. The successor to Nelson’s street proven method was Robert Spiegel who trained me in the current curriculum that the legendary Charles Nelson had left.

I guess for the physical element coupled with ‘in your face’ aggressive mentality; my biggest influence came from Kelly McCann a former major in the United States Marine Corps and former special operations veteran. His vicious method of Combative training combined the best elements of close combat proven military Combatives, hard-core street fighting and his distinctive in-your-face attitude. The result is an easy learned, expectationally brutal fighting method, battle proven. I saw Kelly first on an old vhs video from Paladin Press, his early Combatives Series. It was here I thought, this is it! This is what suits me most. The immediate, direct and explosion of Sudden Violence just suited me best in my journey so far as a student. Some years later Kelly got in touch with me, after seeing me on YouTube as a scout for future talent in this field for Paladin Press. Next thing I’m shooting video at the Crucible and a couple of years later, teaching Special Forces at the Crucible alongside him! For me Kelly is and always will be the Dom of Combatives!

I studied many of the early Combatives methods with a great passion not just the mentality, physical hard skills and principles, but also the histrionics of it all. Like those before me I found early on that I was coming to similar conclusions via similar experiences. Other more modern influences in an instructional sense include Craig Douglas “South Narc” Richard Dimitri, Tom Kier, Paul Vunak, Dave Turton and Mick Coup among many others. But I believe till this day, that my main education for understanding predatory behaviour and developing the capacity, mental and intestinal fortitude for dealing with violence, came from the Street and the Doors!

I probably learned the most from those I fought in the streets, in the clubs and within my personal life. Violence had crossed my path on more occasions than I care to think about. My experience was gained on the inevitable journey from adolescence to maturity, from school yard fights to growing up on the streets and onto the pub/nightclub environment, which I worked for 14 years and this was an awakening experience, to say the least. These conclusions led me to forming our compressed curriculum and school of Close Combat, Urban Combatives. Now Internationally recognised as a Brand and referred to simply as UC.

For the last 17 years I have been working on the international seminar circuit teaching primarily Civilians but also working with Security Operatives, UK/European & US Law Enforcement and Military Units including US Elite Special Forces, SERE Units, CT Units, Special Police Units in Czech Republic & Slovakia as well as similar groups all over the world.

I am now proud to have influenced and produced many great students and instructors, that will most certainly rock the Combatives World in the future. UC is respected and recognised Worldwide with many instructors continuing to pass the baton, globally. 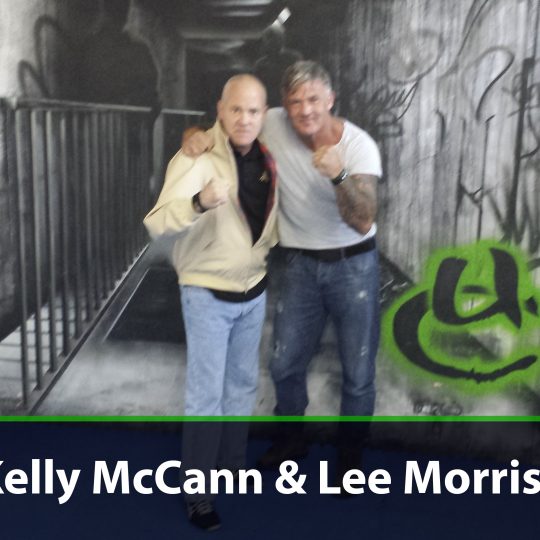 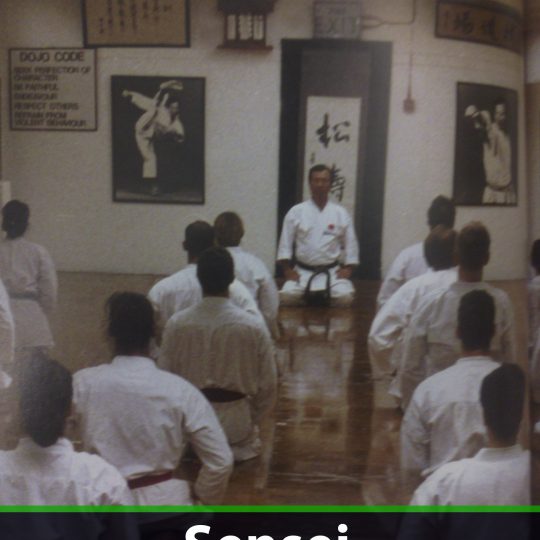 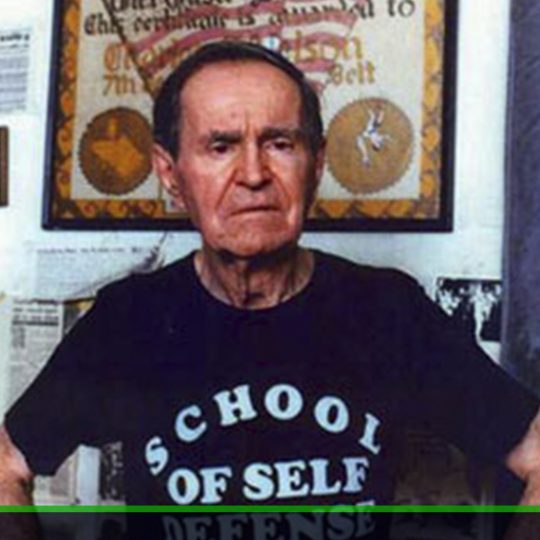 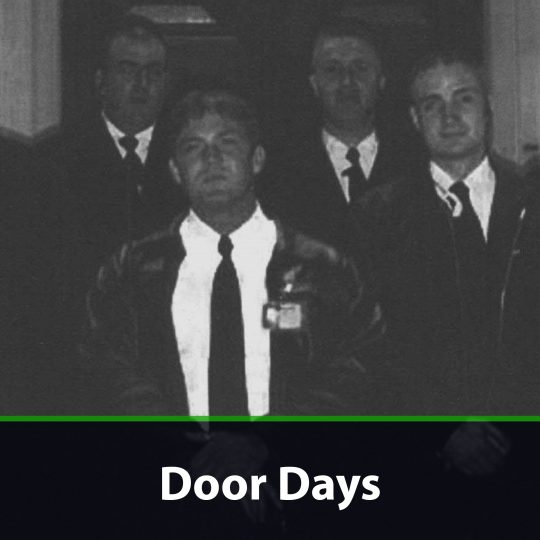 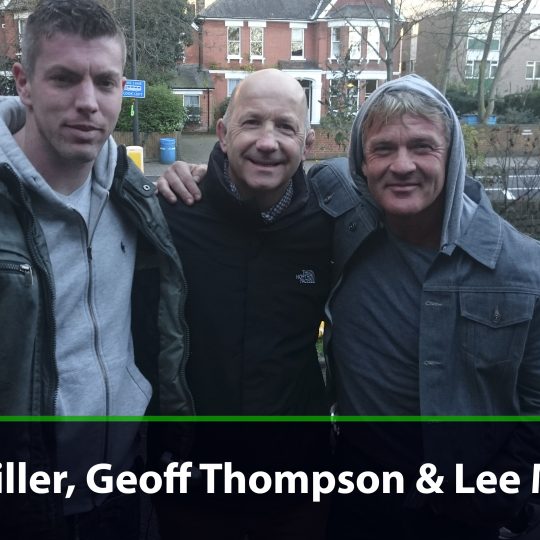 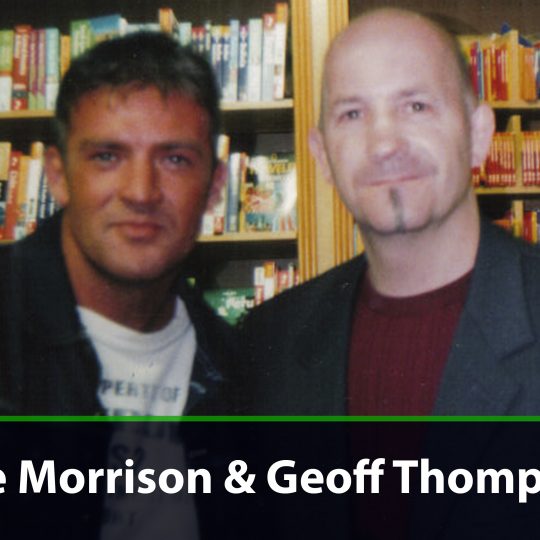 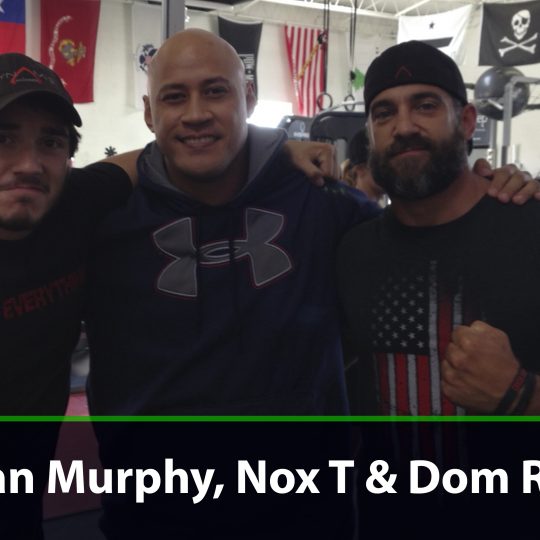 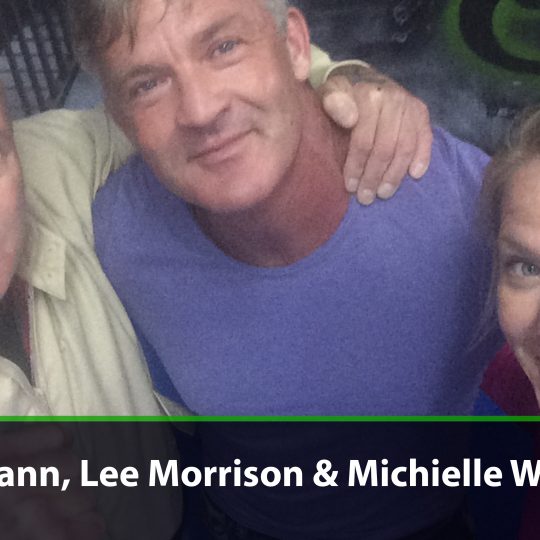 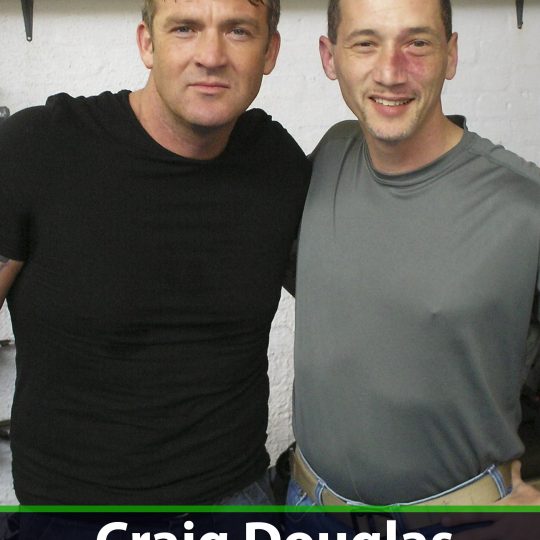 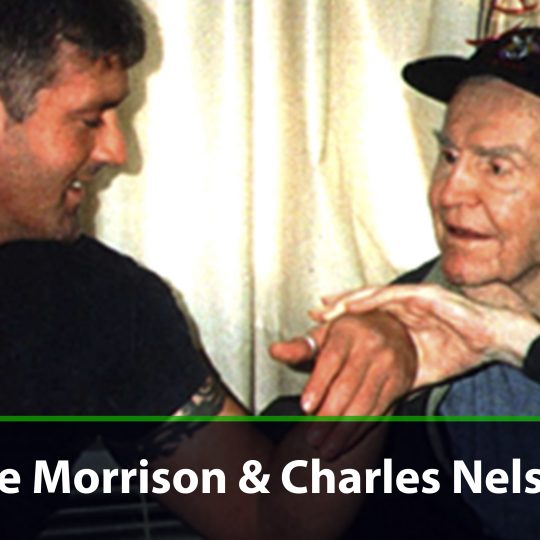 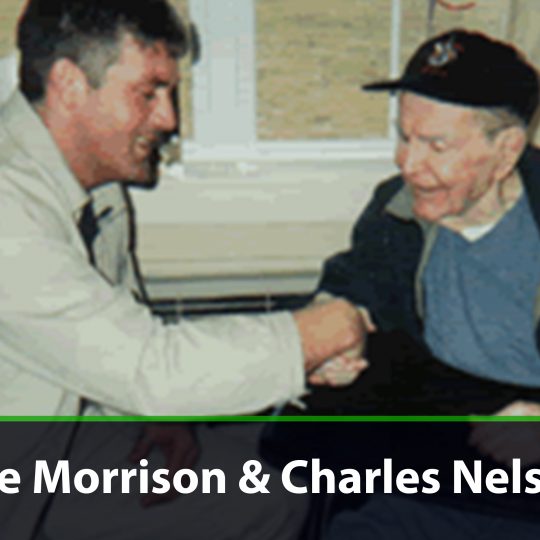 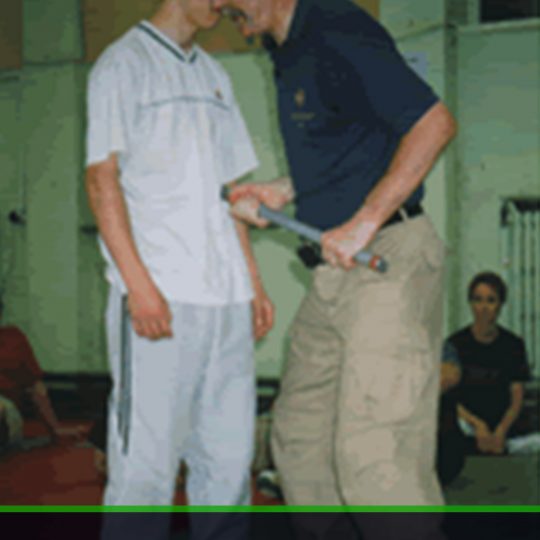 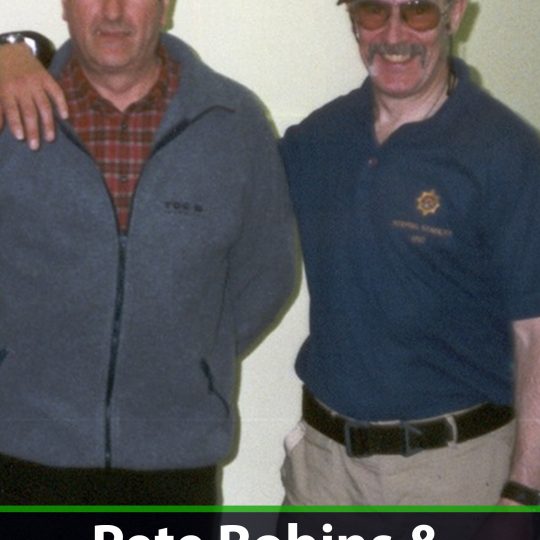 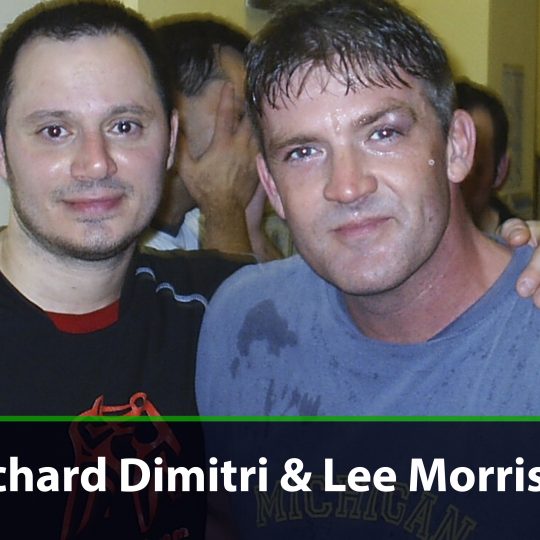 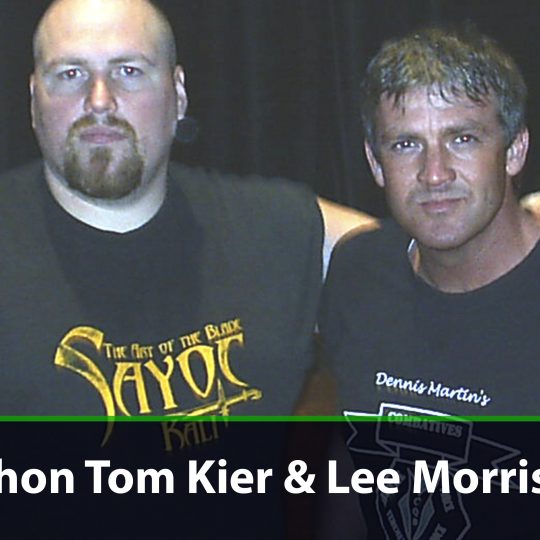